Skip to Main Content
Back to Art Prints
Sale!

The ‘Parade’ print is a homage to India, where my father is from. This illustration is my romantic interpretation of how I imagine Rajasthan to be, rich with colours, textures, architectural wonders, pattern, order and chaos.

There’s also a historical connection between ‘Parade’ and my ‘Seafaring’ illustration- the East Indian Company traded across the sea between the English and the Indian subcontinent, and in 1607, the Company decided to build its own ships and leased a yard on the River Thames at Deptford,a place which has inspired ‘Seafaring.’ As a result, when hung together the ‘Seafaring’ and ‘Parade’ illustrations create a strong historical narrative. 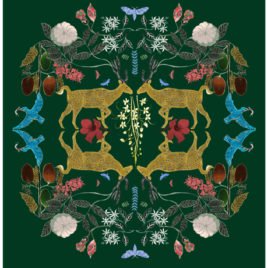 'Kingfisher' unlimited edition archival giclée print. Signed by the artist. Mount/frame not included. The ‘Kingfisher’ print features flora and fauna of India, including the chital deer, Sita fruit, jasmine, mango, canonball flower and golden shower tree, of which the flower is the state flower of Kerala. Printed in the UK
£15.00 – £30.00 Select options 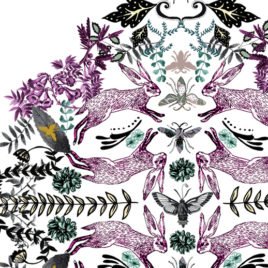 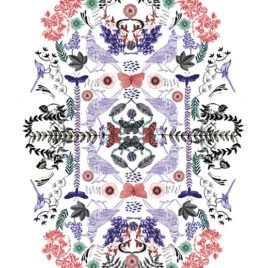